Reading Some Cards into the Burroughs 205

Paul Kimpel's 205 Emulator continues to develop, with his latest addition being a card reader.  While the start/stop buttons on the reader look relatively modern (can you say that about 1970 technology?) the reader performs like just like a late 1930's IBM 089 collator.

Here's Paul's reader control panel placed atop the Engineer's panel with the familiar "44" command up for execution. 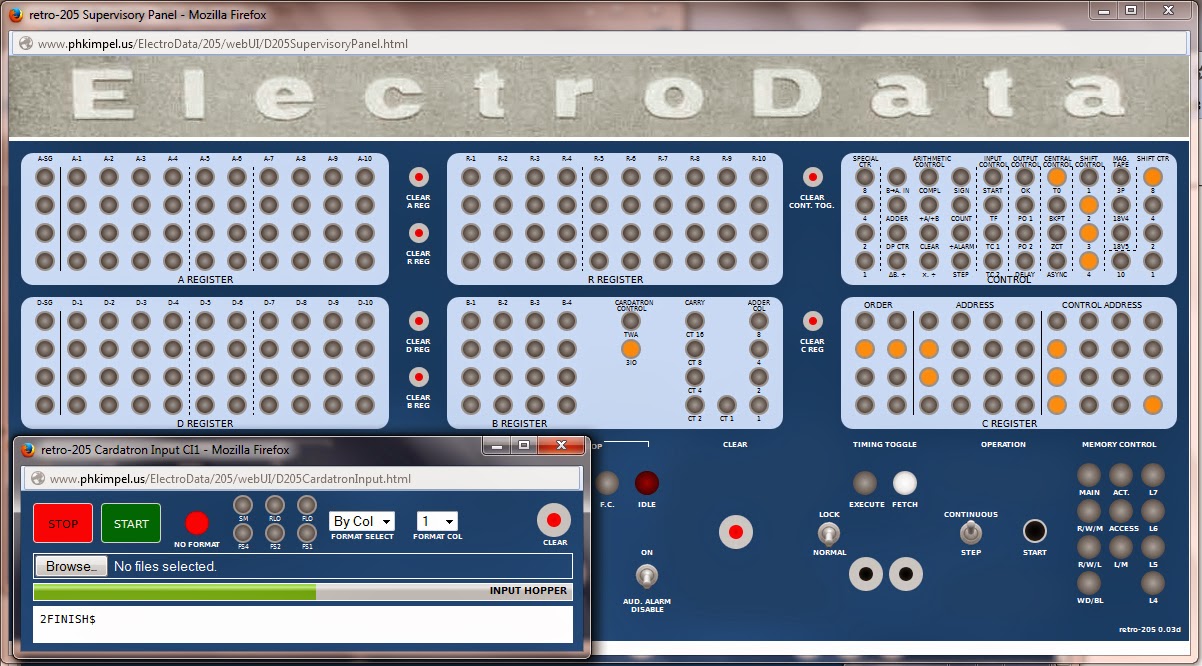 And, just in case you have forgotten, here is a punch card and keypunch to jog your memory. The arrows are pointing to the zone punches in the 12-row and 11-row. 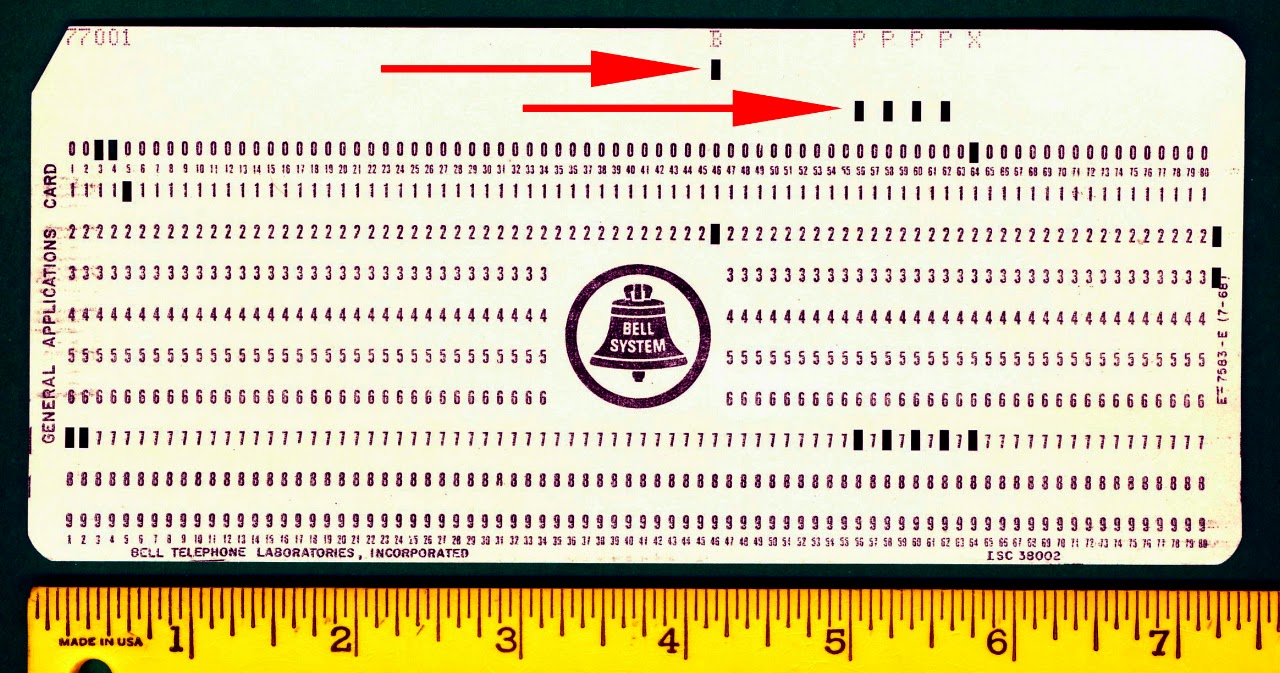 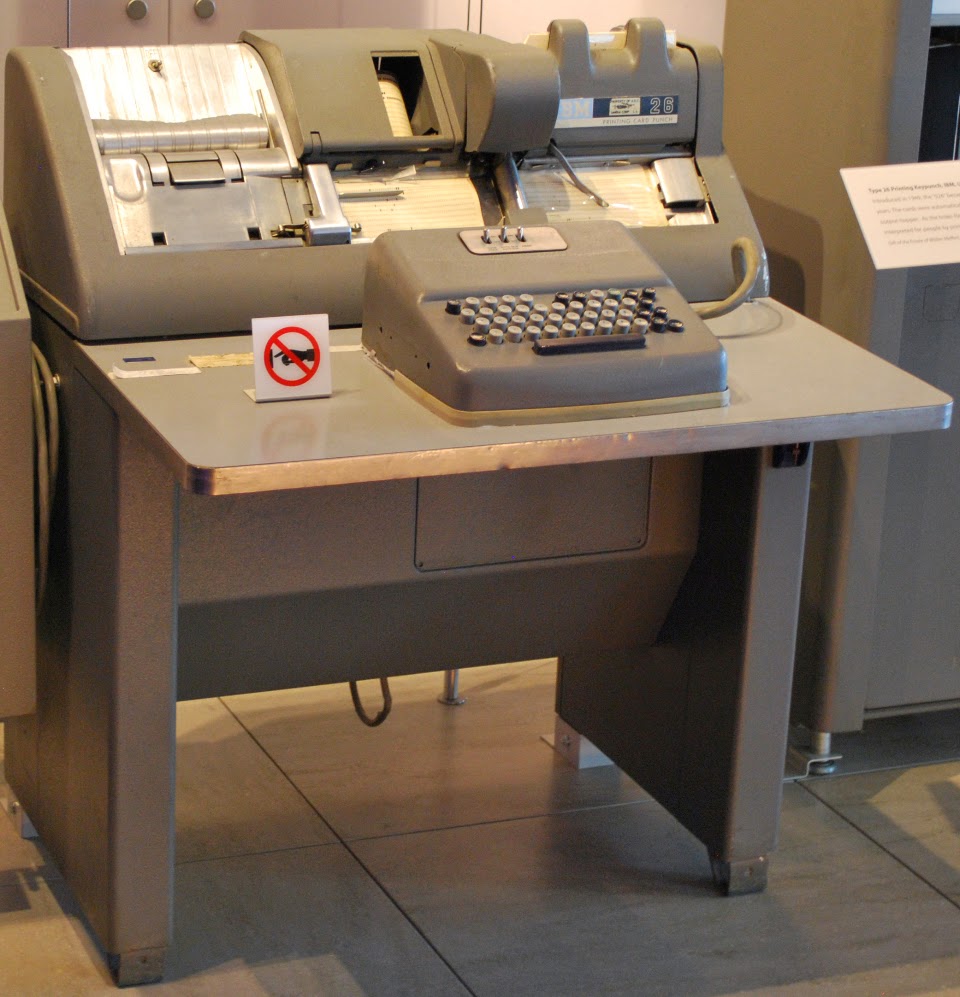 And here is an end view of the IBM 089 collator that served as a reader.  It rented for $85 a month in the 1960 time frame making it the reader of choice on many computers from the ENIAC forward.

Paul's reader has a big advantage over the actual IBM 089 in that you can readily see the content of the last card read.

That is the final card required on any ALGOL-58 program.  Without that FINISH$ statement (including the $ at the end) the compiler would just keep reading cards looking for the end of the source program.  At the University of Portland, we always kept an IBM card with the required FINISH$ statement lying on top of the 089 to deal with this issue.  It had a large 'Finish Card" scrawled across it with a felt-tip pen.