Update 12/13/08.
Bob shared photos of his B-register package and I posted these at the bottom of the post!

Another early 205 programmer, Bob Kubik, saw the Datatron site and e-mailed these memories:

Babcock and Wilcox in Lynchburg Virginia bought a 205 in 1954 for their Atomic Energy Division. I worked there as a programmer and wrote a compiler for it called "Dumbo". The Dumbo language was used by "open shop" programmers - in part to familiarize them with the computer, but also for another way to get something done when the professional programmers were busy. The machine came bare and even common subroutines like Bessel functions and square root were programmed in house. Lots of folks were doing their own programming languages at that time - before Fortran was available. The 205 was replaced with a Philco 2000 in 1962 or 63, but ran in parallel for a while as things were reprogrammed for the new machine.
The machine was used to design the Indian Point I nuclear power station, the nuclear merchant ship Savanna, The Liquid Fuel Reactor experiment, and various design studies that led to the next generation of reactors.

I still have a decade module from the B register... 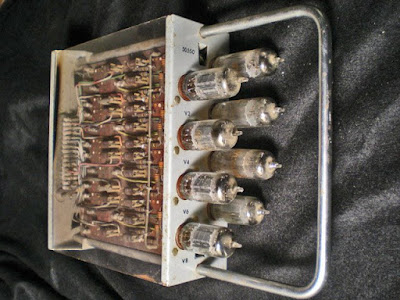 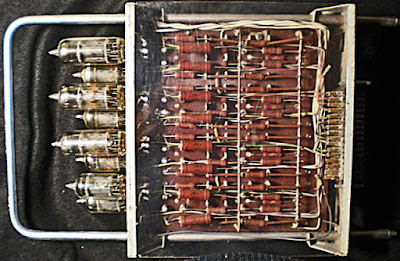 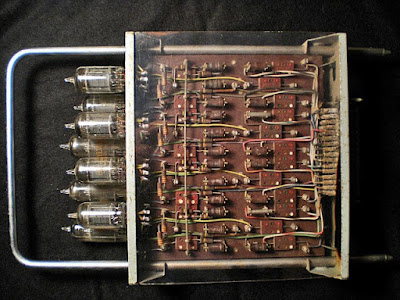 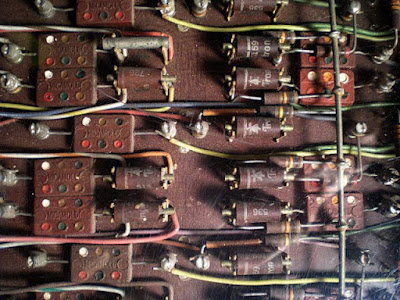